Keston reached out to us for online coaching / programming in early 2015, and Coach Mike V started programming for her.  She then began coming to DogTown in September of 2015, while she worked in Long Beach at another CF Affiliate.  That season she qualified for the 2016 Regionals and afterwards made the move to LA and became part of our coaching Staff.  In 2017, she travelled and competed at the Dubai Fitness Championship and returned to the CA Regional.  This year is her third straight trip to Regionals!

We are very proud of Keston's growth as a human, a coach and an athlete.  We are looking forward to seeing her crush her third trip to Regionals for the 2018 season.

But first, a few fun facts you should know about our little Keston:

Nickname: Dozer as in “Bulldozer”

Also, sometimes you might think she looks upset, but really she is just squinty from not wearing her glasses. Or she might just be super fired up.


Q: How did you get into CrossFit and what has been your journey that has lead you to Regionals?

I randomly discovered CrossFit through YouTube. I was watching gymnastics videos, and in the suggested video about CrossFit popped up. It looked like something I would enjoy, but because I'm from a smaller town in Texas, I didn't think that there were any boxes around. Then, one day when I was driving, an ad for a local CrossFit gym came across the radio. I called my best friend at the time and insisted that she go check it out for me (I couldn’t get there myself). After going, she reported back that, "Yea, there's crazy people yelling and sweating in there so you'll like it."

The first time I made it to the gym my mom actually had to go with me because I wasn't 18 yet. From there I just started working out and taking class every day. About two months later I was talked into signing up for my first open. I then did my first competition with a team, but had no idea what I was doing. I was filling in for a girl that dropped out.

To give you a perspective on how much I knew at the time, I remember being at the athlete briefing and someone asking if it was okay if they did butterfly pull-ups. I turned to my partner and asked, "What's a butterfly pull-up?" He just laughed and told me not to worry about it.

My fascination with competing didn’t really begin until I went to go watch my first regionals in 2013. I had no idea that there were girls that good at this stuff! I felt like I had been living under a rock my entire life.

From there the rest is history. I moved off to college and was surrounded by more competitive athletes. Fun fact about myself, I'm very zero or one hundred. I'm in it or I'm not. So my obsession with competing just took off. I knew I wanted to move to California to work with the best coaches and athletes, so I did. I competed in my first regionals in 2016 with the help of Dusty, and my second in 2017. Now we'll see what 2018 has to offer. It's been a challenging adventure, but also a very rewarding one. 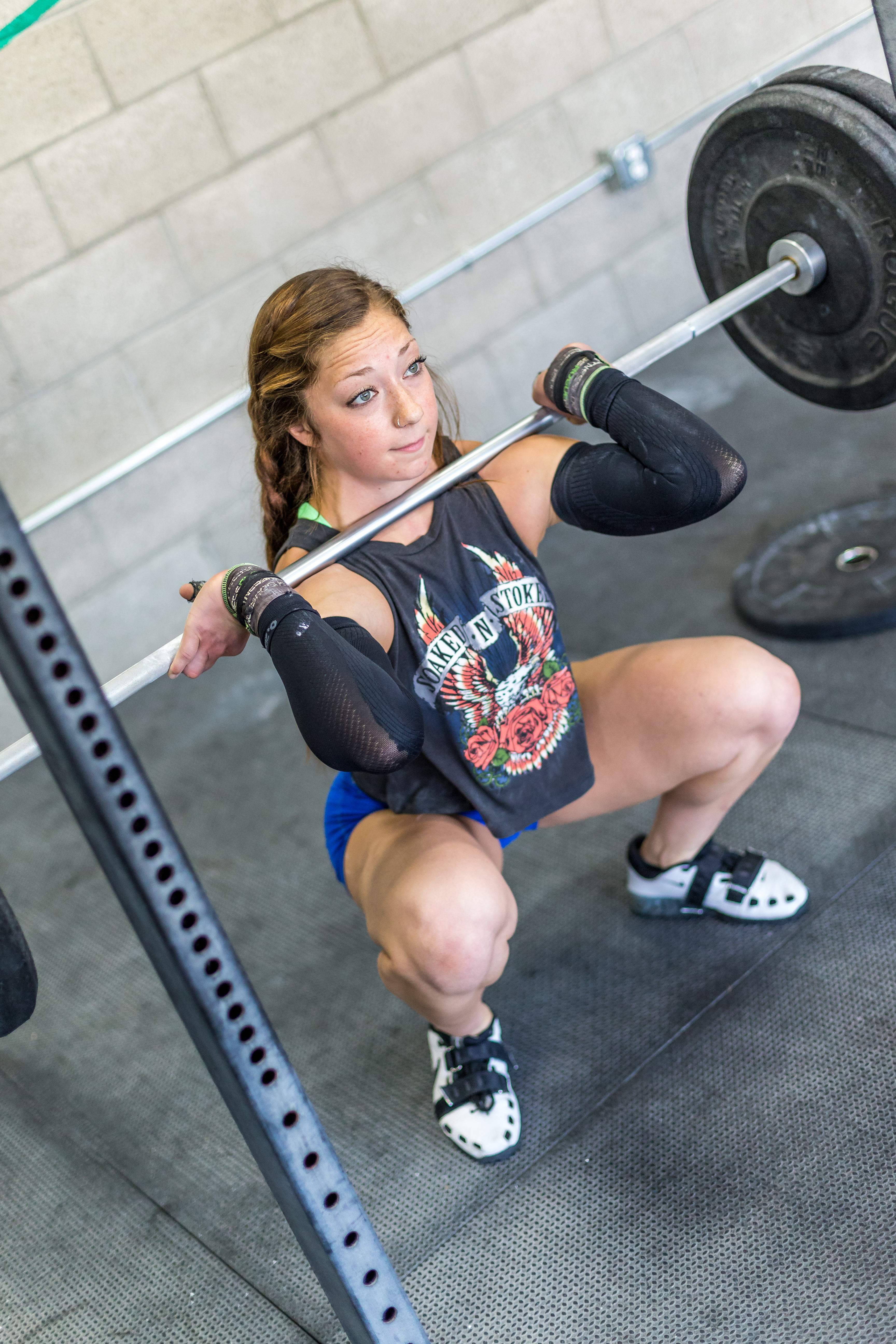 Q: You’ve talked about how you want to not take the Regionals so seriously this year that you lose sight of enjoying it. What is your mindset and how do you maintain that on those rough days that challenge you mentally?

Last year going into regionals, I put a lot of pressure on myself, so much so that I ended up wanting to just get through it as fast as possible to get it over with. This year, since I put so much effort into enjoying my training again, it's important for me to remember why I'm doing this. I don't want to get caught up in all of the pressure and lose track of my love for training and competing. My goal is to take regionals one workout at a time and do the absolute best I can in every single workout.

This year I also took a different approach with programming and decided to program for myself. It is forcing me to live everyday with integrity. I am responsible for my work and my effort. When I am out on the regionals floor, there is not going to be anyone holding my hand. I have to compete, and I want to know that I did everything that I could to have to best possible outcome that I can provide for myself. If I mess up, or didn't focus on something enough throughout the year, then it's on me.

Q: What are you most excited about and what makes you the most nervous about Regionals?

I'm both the most excited and the most nervous for event one, right when the start buzzer goes off. After that moment I get to prove how hard I have worked all year long to myself for the rest of the weekend.

Q: What advice do you have for the athletes at DogTown?

If you have an attainable goal, know that with enough hard work it's possible to reach it. Even if it takes you 10 years to get there, keep working for what you want and do not give up.

Q: What are two common mistakes you see people making when they CrossFit?

For one, lifting technique is definitely a common area where everyone can always make improvements on. The most common mistake I see actually happens outside of the gym. Most people, not everyone, put a lot of work into working out but eat like poop outside the gym. They become discouraged because they aren't seeing any changes in their body. If you want to lose weight or lean out, nutrition is key.

Q: What is life like for you outside of the box?

My life outside of the gym is very similar to my life inside the gym, especially during competition season. I seriously have a pretty boring life. I still have to constantly watch what I eat and can't drink or go out and party. Usually on the weekends, I go down to long beach to hang out with my friends and binge watch TV shows. Seriously. Boring I Know. Life of an athlete.

Q: Last question: Where do you see yourself in 5 years?

This is such a hard question. I seriously think about this all the time and I still have no idea. I would like to say I hope I'm still training and enjoying CrossFit! If I wasn't competing anymore though, I would probably be back in school finishing my degree and enjoying the journey with my doggo!