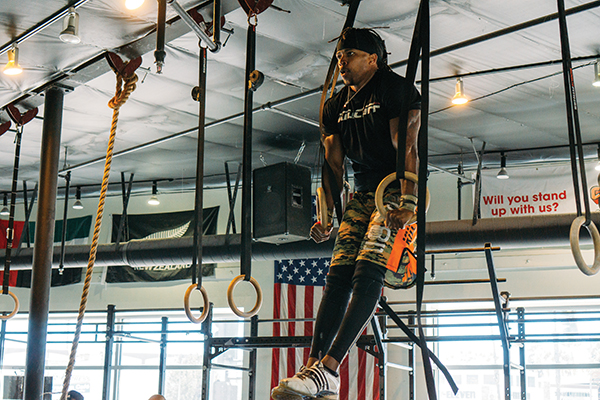 Hey everyone,Check out this Article featuring Dusty on Box Pro about the CrossFit Open!  If you haven't signed up yet there is stil time!http://boxpromag.com/dogtown-days-open/ 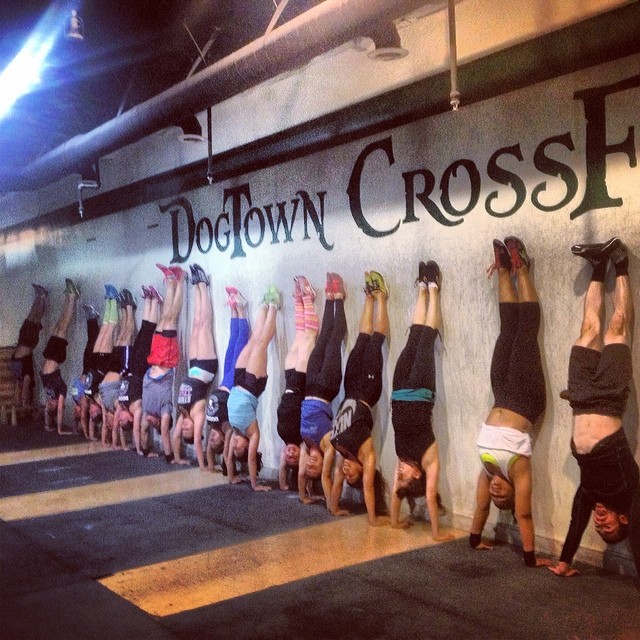 I started gymnastics for CrossFit class a year and a half ago at CrossFit Culver City, and now we host it Thursday nights at DogTown CrossFit in Culver City.  I know also work with Coach Jeff Tucker in the gymnastic trainer course for CrossFit - What was and still is shockingly apparent is the lack of pre-requisite strength in most of everyone that comes to class.  However the people that have stuck with the classes and learned form the gymnastic courses, is that they have progressed very well.  I just didn't realize how glaringly horrific that lack of upper body strength is.  I have "ELITE" level Crossfitters who come to class for the first time and struggle with 5 ring dips!  Right now the Muscle Up is the benchmark in CrossFit land as to whether you are an elite athlete or not, more ore less (This is certainly debatable).  Well, there are certain levels in life and in training, that if you skip come back to bite you in the ass.  There is a reason why gymnasts are so good at body weight exercise workouts.  The same reason that wrestlers are amazing and have a leg up in the metcon arena and in general mental toughness...years of training.  Wait did you hear me?  I said YEARS OF ELITE INTENSE TRAINING.  Can you learn the movement of a muscle up?  Can you understand the mechanics and make it repeatable? Absolutely.  However, it is going to take a level of work and commitment that you may or may have not realized as of yet.  No weekend seminar or certification is going to prepare you for the rigors that befall the shoulder girdle, the wrists and the rest of the body.  Injuries and wear and tear may and will plague you.  I'm not saying it is impossible, just really really hard.

There is a reason why there are not a lot of adult elite level gymnasts. They burn out, quit, and learn to hate it and or most likely get hurt.  What’s awesome is, Cross Fitters more than ever seem up to the task!  I just want people as we move forward to still respect skill progression while developing the strength for any move they wish to set as a goal.  Slow down and think about what the next logical step is in their training and listen to their coaches and more importantly their bodies.  Sounds simple right?  Not so much all the time.   I am hearing about injuries left and right popping up all of over the place due to folks seeing a movement and attempting to perform them but without having the goods when it comes to hitting such strength moves.  We are not in the business of hurting people, CFHQ Gymnastic coach Jeff Tucker regularly states, “ learn the movement, but have the pre req strength for the movements attempted”.

As CrossFit explodes, let us as Trainers and Educators tow that technique line.  Hey folks, lets just try and keep the stupidity in check.  Remember just because it looks cool doesn't mean you should be up on the Rings doing it quite yet until you understand the movement and strength requirements.  You don't just get up and do the movements; you work toward them and accomplish them with ever-persistent work in placement of limbs, core, strength, and spatial awareness.

I am excited at the possibility that CrossFit training has afforded the Gymnastics Community and ever thankful that I can be a part of a group that can help people rediscover fitness and stretch their limits within CrossFit.  We have an opportunity to redefine health and fitness for a new generation and expose those to gymnastic forms.  However, let's not forget the thousand steps it takes to learn a new skill--let alone taking it from a static plane to a dynamic one like the Rings.  To quote one of the greatest coaches of all time "Failing to prepare, is preparing to fail." -John Wooden. 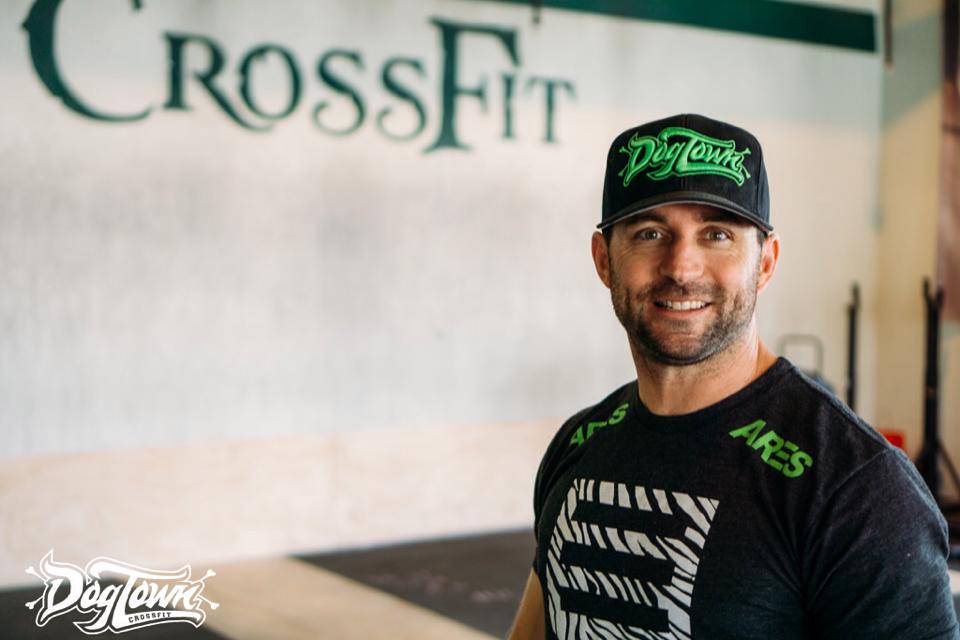 I appreciate and agree with every word Coach Dusty has written to in this article and shared with you.  We often discuss the importance of having goal setting, and plans to achieve those goals.  My biggest issue in the community we have – is someone sees a new shiny thing and is instantly gravitated towards it with reckless abandon.  Let me make it simple for you all as in an example of a video placed out there recently where an athlete was used to show back tucs within comparison to hang power clean strength.  It is a good fun video and has a great way of extrapolating the power clean move in comparison to a vertical jump and set used in a back tuc.  But just because you have a big power clean, does not mean you can do a back tuc in 13 minutes - Yes it is an awesome and fun video to watch and yes we enjoy seeing fun flips in the air but what is the rush.  Does coaching now need to be for time?  But lets be real here – spatial awareness is a huge factor in back tucs, so too is body awareness, as forms in tumbling can go awry very quickly – and all the hang power clean strength in the world wont stop gravity if you decide to open your body too early, or you panic and land on your neck causing serious injury.  This is my biggest fear – and it played out when a young Aussie trainer recently looked at this video on line and he attempted the movement, only to break two cervical vertebrae.  He had no coaching, no training, and certainly no game plan – he just thought that because he could power clean more than the guy demoing the video – that life is all good.  Not true and shame on him, he is healing nicely by the way.

My biggest hope for anyone – if they want to learn a skill is that that learn sometimes faster is not always better when trying to learn how to perform a movement.  Strength will serve you well when attempting as will knowing how to use those strong CrossFit muscles as you teach them the muscle memory for the movements you set as goals.  Most of what we perform and teach is disadvantaged leverage and at times it is extremely hard on connective tissues – take care to not overload them too soon.  The biggest mistake I have seen in our community is after learning a move – is when we over train it.  “Over training is under recovery” according to Mike Bergner – so try and use some common senses there as well.

Set some goals, get some training, and learn these body movements. 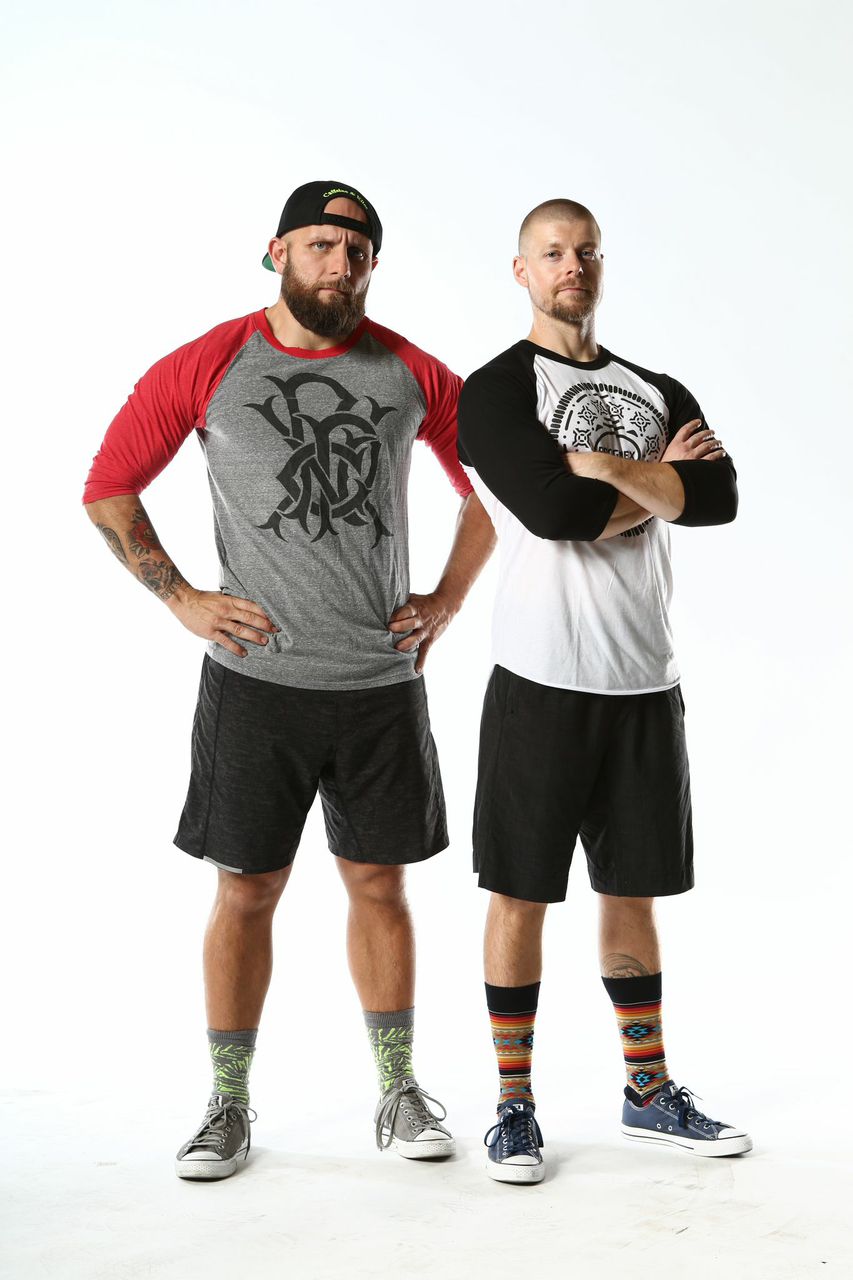 Hello DogTowner's,You may have noticed a slight change in the programming for All Levels classes the last few weeks at DogTown CrossFit.Not a big change at all. Still a warm up, still lifting, still conditioning workouts.The change has come in the structure, or class layout on a daily/weekly basis.There is a warm up programmed for all the classes to start with. It is written on the white board. Work through the warm ups at your own pace, but be efficient so you have time for the fun stuff! As always, please ask your coach if you have any questions regarding the movements in the warm up.We have decided to re-visit to an old section of classes called "Skills". This section is programmed to allow DogTowner's the time to practice and make advancements in predominantly body weight movements. This section is not for time, but for quality. So please don't race through them. If you have a good grasp on the skills for that given day, ask your coach how to scale the movement to make it more challenging. Conversely, if you are still learning that day's skill, ask your coach for a version of the movement that is more reflective of your current skill level. The "Skills" section is your chance to advance as a CrossFitter. To learn new skills, and to master the basics.There is still a lifting section. This will never change. So please take that big sigh of relief. The lifting section will focus on the deadlift, back squat, and shoulder press. These are the barbell lifts that make up the "CrossFit Total" and the lifts you will be performing this year at Festivus (the annual DogTown holiday party in mid December.There is still a workout section. The days the programming includes both a skill section and lift section you will notice a shorter, more intense conditioning workout. The days where the programming allows for a longer workout, that's what you will get.Hopefully this answers any questions or concerns you may have had regarding the new programming layout.Feel free to talk to or email Coach Mike or Coach Josh with any further questions.See you at DogTown and most importantly have fun!
Best
Coach Josh & Coach Mike